You have to admit, Tony Robbins quotes are some of the best one line picker uppers you can find.  Here are just few of my favorite motivational and inspirational quotes by Tony Robbins with images.

Why only read Tony Robbins quotes when you can listen to the man live for free during Time to Thrive Challenge, which is a Tony Robbins 5 day challenge 2022 starting in August. 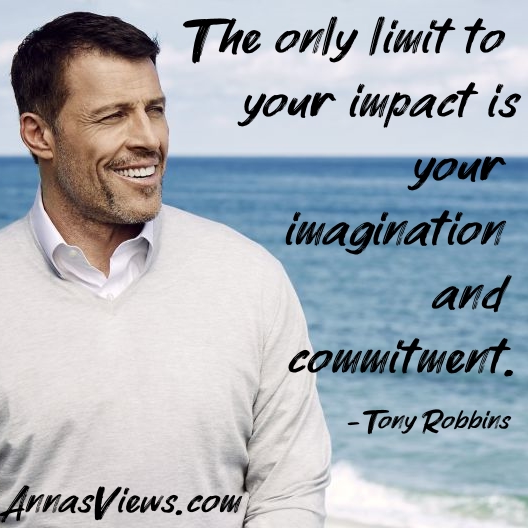 Want even more of Tony Robbins? Check out the review of Project Next Thrive Experience now.

Let's kick it off with a subtle but powerful quote by Tony Robbins.

“The only limit to your impact is your imagination and commitment.”  – Tony Robbins

On the surface this is a simple quote, but once you start dissecting it you'll start to understand its true power.

Let's take the first part of “the only limit to your impact” what does that mean?

I really like how Tony decided to use impact instead of success or goals. You see, impact relates to what kind of impact you have on other people and the world.

The second part brings back the focus on you, letting you know that your only limit out there is the one that you create yourself. 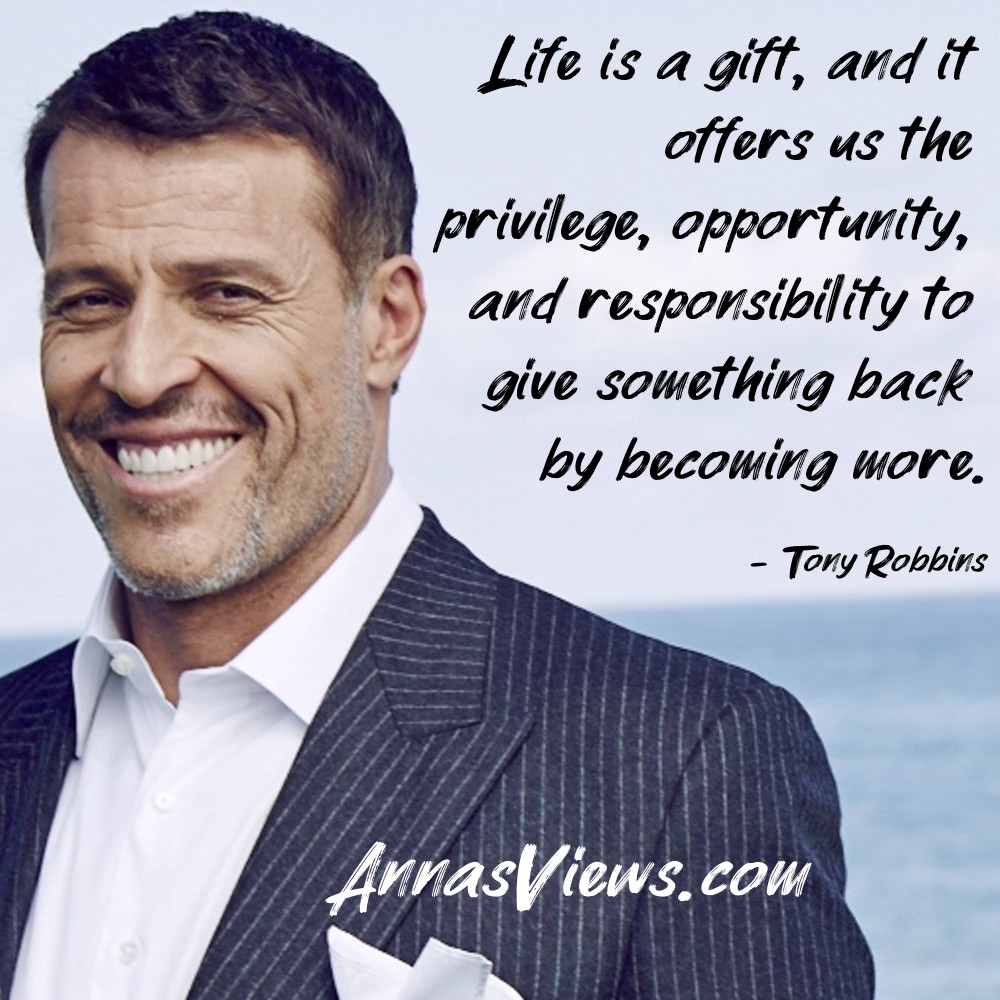 “Life is a gift, and it offers us the privilege, opportunity, and responsibility to give something hack by becoming more” – Tony Robbins

This quote comes out with a punch, and is not shy about it at all. It humbles you, instead of playing on your emotional on how bad things are, it does the opposite.

The quote tells you how much of a privilege it is to be alive. Literary, life is a gift and instead of complaining you should give back. It will also make you feel better. 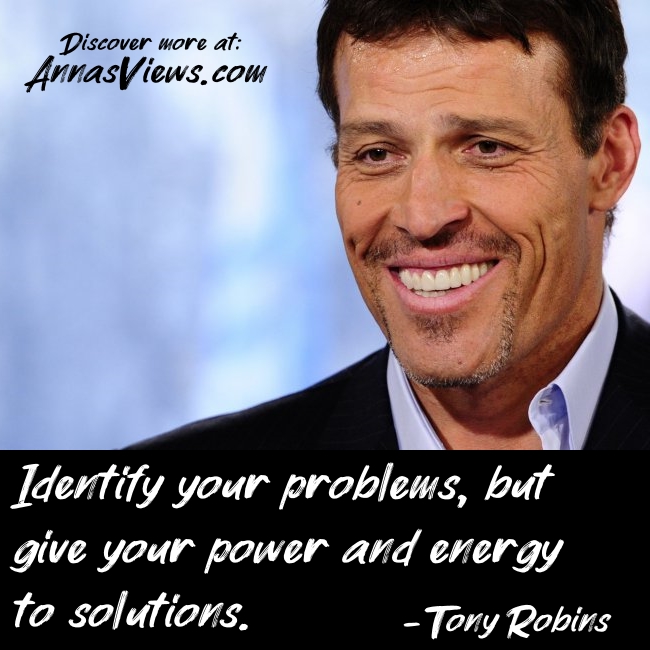 “Identify your problems, but give your power and energy to solutions.” – Tony Robbins

While this quote might not have a deeper meaning it is direct and point like no other.

You see, many of us dwell on the problem too long instead of trying to find a solution. It's almost like looking at our problems through a problems on a math test.

What will get you you the right answer faster?

Sitting there are complaining how hard the problem is or focusing on how to solve it?

Makes so much sense once you realize it. 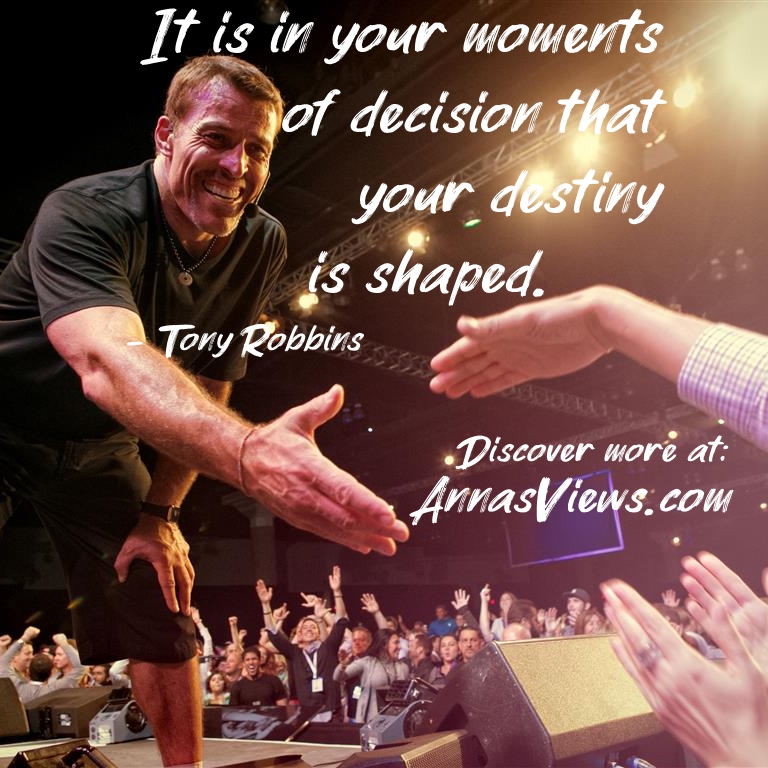 “It is your moment of decision that your destiny is shaped.” – Tony Robbins

Why is it so hard to make a decision?

Mot long ago, I used to almost concisely try to make every decision harder than it really was. The result? I wouldn't make a decision and put it off for a later day.

The problem is that you can go through your whole life without making single serious decisions, but at the end was it truly your life?

You need decisions and actions to grow and live. 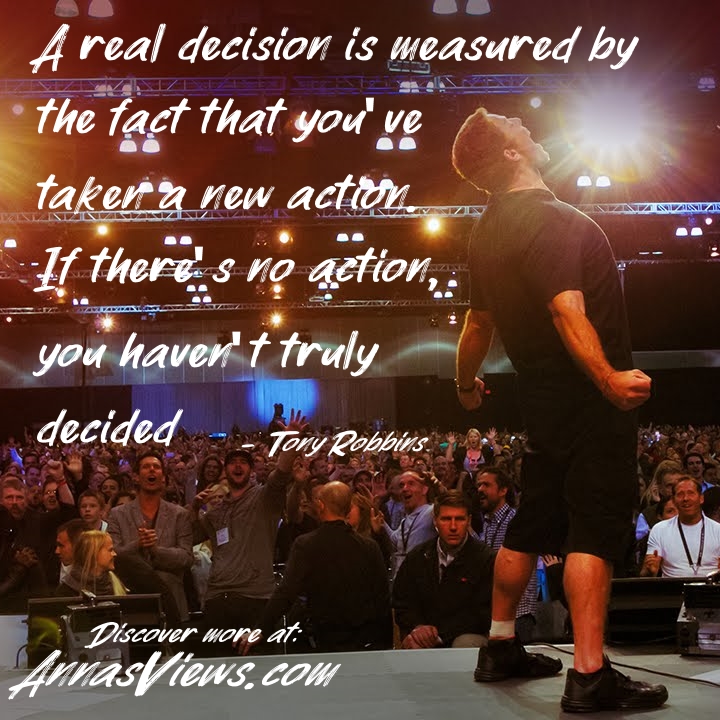 “A real decision is measured by the fact that you've taken action. If there's no action, you haven't truly decided.” – Tony Robbins

This is similart to the last Tony Robbins quote as deciding on something is great, but doing it is legendary. Decision is not just deciding what you want to do, but actially deciding to do it and take action. 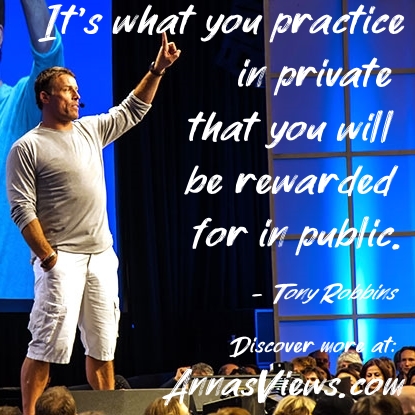 “It's what you practice in private that you will be rewarded in public.” – Tony Robbins

This Tony Robbins quote is interesting as it can be interpenetrated in several different ways. However, the biggest takeaway from it that it doesn't matter if someone is paying attention to what you do, you do you.

If you're focused and determined on a specific thing or a result, work to achieve it and not show it off.

It could also be a a modern spin on “practice what you preach” as sooner or later it will come out.

If so make sure you leave your favorite ones in the comments section and I'll create more picture of them.