Is One Ticker Trader by Larry Benedict your safe heaven for your Retirement Plan? At least 25% of Americans say that have to delay retirement. Don't be one of them.

Get the report now

The One Ticker Retirement Plan 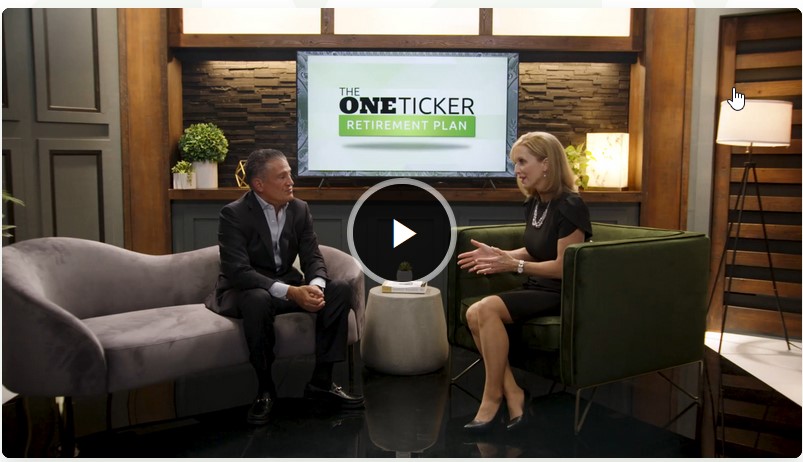 There is no denying Larry Benedict is a controversial trader. One of his rules for the One Ticker Retirement Plan is getting rid of diversification. Which sounds like a red flag, but is it?

Why so many push for diversification in trading? It's a “way” to not lose all of your money. A protection of sorts. In fact, here's Warren Buffett quote about it:

“Diversification is protection against ignorance. It makes little sens if you know what you are doing.”

It's hard to argue against that logic. If you knew that 1 investment, or even 3, out of a 100 have the highest chance to make you money and had $100,000 to invest. Would you focus on the 3? Or spread over 100 different investments.

On the other hand  wide diversification, like the S&P 500, has average gains of 7% per year (since 2000). Compare that to the 9.1% inflation rate we are experiencing right now, the S&P 500 is losing you money, at least in the value sense.

It's to use options, which is again a bit controversial. However, unlike stocks, options work in any market and especially in a bearish one.

I believe the uneasiness for options comes from many people not understanding how they work. Personally, I'm not a stock market or options experts, I leave that to Larry Benedict, but for years I had lumped short selling with put options.

You see, short selling is betting against the market. In a way it's borrowing a stock when it's high, selling it for profit, and buying it to pay it back when it's low.

For example, let's say you believe a certain stock will crash soon and call it BadStock. If BadStock is trading at $100 when you short it and sell it, you would get $100 for each share.

However, you need to give back the amount of share you borrowed and sold. So, if the BadStock crashes to $10, all you have to give back $10 for each share. Making you a nice $90 profit on each.

On the other hand, if the price goes to $200, and short position needs to be filled. So, it this case if you would lose $100 on each share.

The scary part abotu short selling is that there is not limit on the lose potential. If BadStock prices went to $300, you would lose $200 on each and so on.

Of course it's more complicated than that, but you get the point.

With options you don't have to worry about that. Sure, like with any investment, you can lose your money, but you're never lose more than you put in. Hence, it's similar to buying stocks.

Yet, most people associate it with shorting because it's often used to bet against the market. Why does Larry Benedict have these 2 rules? You see, Larry Benedict is not random trader or YouTube stock guru. He's been a professional trader for more than 30 years, which included dot com bubble, 2008 crash and recent pandemic crashes.

Yet, aside from his first few years as a trader, he never had a losing year. In fact, Larry Benedict has a whole chapter about him in the bestselling Market Wizards and his hedge fund, Banyan Capital, made Barron’s list of most successful hedge funds.

Despite of this, in his first 2 years of trading, he was fired more times than he can count. Why? Because he was going after diversification.

Once he stopped and decided to master just a handful of stocks rather than what's trending he became a master, or a wizard if you prefer.

If you're a close to retirement or just want financial freedom in these uncertain times Larry Benedict's One Ticker Trader is probably one of your best bets.

I mean Larry even offers a 60-day Moneyback Guarantee and you get to keep the special reports. What is there to lose?

On the other hand this is a limited time offer and if you pass on it, you will pass on the opportunity to get:

Honestly, I don't know anyone that can afford to miss out on this. We're living in harsh times and anything remotely stable as money opportunity doesn't come out often.

Click Here to Join Larry Benedict and Get It