What makes Rachel Rofe's Low Hanging System stand out among other eCommerce products? It's a combination of:

By Whom: Rachel Rofe
For Whom: Anyone that wants to do eCommerce at low cost (no paid ads needed)
Price:
official Site:

Low Hanging System – What Most Marketers Won't Tell You 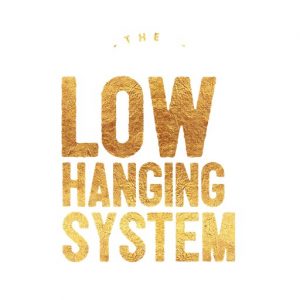 I noticed a growing trend in the online marketing world where you're told to go after the most competitive niches or items in specific markets. Their explanation? Go where the buyers are.

Which is on the surface good advice, as you don't want focus on something that doesn't sell. However, there is a right way of doing it and wrong one. Unfortunately, many marketers focus on the wrong way.

What does that mean? It means they go after it in the most direct way possible. An example of that for Rachel Rofe system would be mug and just targeting anyone with paid ads hoping to get sales.

Which on the surface makes sense as almost everyone has or likes mugs to some extent. That's why they are so popular.

However, the above approach to that would be equivalent of standing on the busy street and asking everyone that passes by to buy your mug. Not only would that be annoying, but also very unproductive. How many people do you think would buy a mug from you when you randomly stopped them on the street?

Not too many, right? I mean you would probably get few sales but what if you had to pay $1 every time you asked random person to buy your mug? You're probably go broke before you sell 10 of them.

Yet, I've seen and tested dozens of courses out there tell you the strategy I've outlined above. Which is insane if you think about it. However, without going deeper into the marketing world, maybe that's exactly what they want. After all, if you keep coming back to buy more course, upgrades and so on, they will continue to sell them.

With that said, there are ways to make paid ads work with things like mugs, Rachel even goes over a few in the course, but it's not targeting random people or someone who just might like mugs.

That's why I decided to do a review of Low Hanging System, and not the rest,  because it focuses on finding buyers naturally/organically and not chasing them with a mug.

Review of Low Hanging System: How Does it Work?

As I mentioned above, LHS is about attracting customers naturally, meaning those who are already looking for what you're selling, instead of trying chasing who might.  With the system you're using the demand that's already naturally there, instead of trying to create one artificially.

Hence, the name as would you rather have 10 visitors that are looking for a “Mom Mug” or 100 that had no intention of buy a mug 5 seconds before you shoved it in their face?

However, my favorite part about Rachel Rofe's system is that she started it all with free traffic and that's where most of her sales come from.  Her method is all about positioning, and that's why she uses up 4 platforms to sell. Again, using natural demand to your advantage.

Natural Demand and Your Position

Let's go over why selling on multiple platforms not only create better results but helps your brand int he long-term as well.

Amazon – The Big One

Amazon doesn't really need an introduction as it's biggest online marketplace in United States, and possibly the world. However, here are some stats that might shock you.

Aside from the fact that a lot of people buy a lot of stuff on Amazon, what else does these stats tell you?

The fact, that over 2000 out of 4000 of things on Amazon are sold by sellers like Rachel Rofe and not Amazon itself. On top of that 80% of sellers also use different platforms like Etsy and eBay to sell the same merchandise.

That is exactly what Rachel teaches in Low Hanging System and as you can see from the stats above, it's working.

However, just the tip of the iceberg did you know that: There is no denying that Amazon is a powerhouse when it comes to eCommerce and being able to sell your stuff on it while still being free to use other platforms is a game-changer.

In fact, if Amazon has over 50% of all eCommerce sales, and of that 50% of sales are from third-party sellers, that means 25% of all eCom sales in United States are sold by people just like Rachel Rofe and her students. Mind blown?

What if I told you that my bonus can get you a piece of that 22% that start their searches with Google, interested? Check bonus at the end of review for details.

While it's definitely not Amazon, Etsy is no pushover either. In fact, it's the 90th most visited site in the world and 11th in the eCommerce category with over 290 million visits per month. Those number beat out industry giants like Target and Wayfair.

However, one of the most important fact is that Etsy gets 41% of it's traffic from search engine. Remember when I said 22% of all eCommerce comes from search? Etsy get's a piece of that and you could be benefiting from it with my bonus.

Finally, almost 10% of Etsy traffic comes from Social Media, and over 43% of that is from Pinterest. Another source of free traffic if you are selling on Etsy.

So let's recap about Etsy:

As you can see Etsy can earn you a lot of money if you know how to use it. Low Hanging System will teach you how to do that.

While we can argue that eBay is passed it's former glory,  recently it's been making a comeback offering a different buying experience to Amazon. In fact, it get around 1/3 of Amazon views, which isn't bad at all.

As you can see with almost 20% of visits and 180 million buyers eBay is still going strong. However, what most interesting the age group of active buyers. If your buy demographics include Baby Boomer or Generation X than eBay is a great way to reach them.

Finally we have Shopify, a self-hosted option for your eCommerce store. Now, there have been tons of courses, some better some worse, but Low Hanging System is not about that.

Where LHS differs that it uses Shopify store as your brand store and not the vehicle to drive sales. You see, let's say your store is called “Mom's and Pop's Mugs,” your username/store name on eBay, Amazon and Etsy could be “Mom's and Pop's Mug” or a variation of that, but your shopify would be on momsandpopsmugs.com

Which also will benefits from brand traffic and organic traffic with my bonus.

How Does This Work In Your Favor?

This topic is a river on how and why using multiple plafroms can benefit you, however let's talk about 4 key points.

Let's talk about the bonus for a second before I end this review. So, what is my bonus all about. It's about getting you free traffic from Google, Youtube and Pinterest on top of all the traffic you get from Amazon, Etsy and eBay.

I'll go into details about this later but now go get Low Hanging System before it sells out.