Inside this review of eFarming System you will find out how Igor Kheifets can make thousands of dollars per day using an old as the hills online method with a unique twist.

If you ever used solo ads, or any other email-based advertisements, prepare to have your world turned upside down. On the other hand, if you didn't than you're in for a treat. 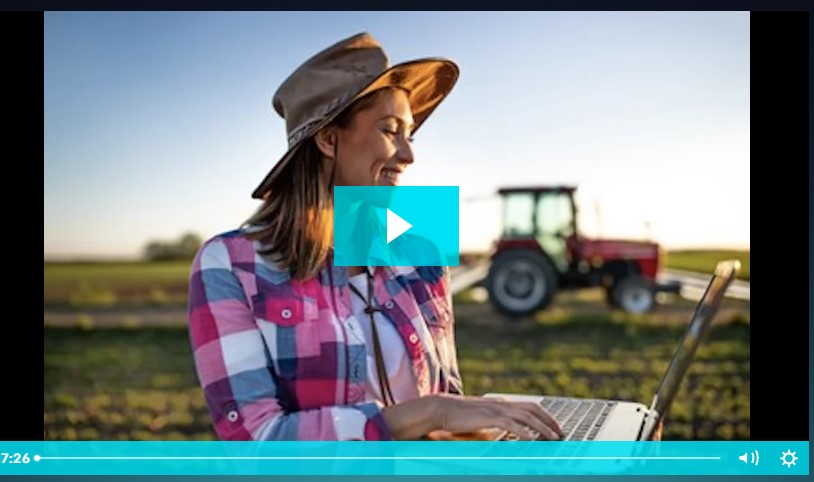 First of all, let's address the pink elephant in the room. Are solo ads even profitable in 2022?

That's the first thing that popped into my mind when I head heard about Igor Kheifets' E-Farming system. In fact, I was a bit surprised, even shocked. I have not seen or heard about a method that uses solo ads for like 10 years.

These days it's all about TikTok, Instagram, YouTube, or some consulting and coaching. You know the type, get rich quick stories, mystery gurus with flashy rented mansions and cars.

However, what Igor Kheifets is offering is something completely different. In fact, he even tells you exactly what you will need to do to copy his earnings.

Total transparency, you will use solo ads to promote offers and make money online. None of that BS where you need to buy a system before you actually learn how it works. Which is a breath of fresh air to be honest and the only reason I gave this a try.

How to be bad and NOT make money with Solo Ads. 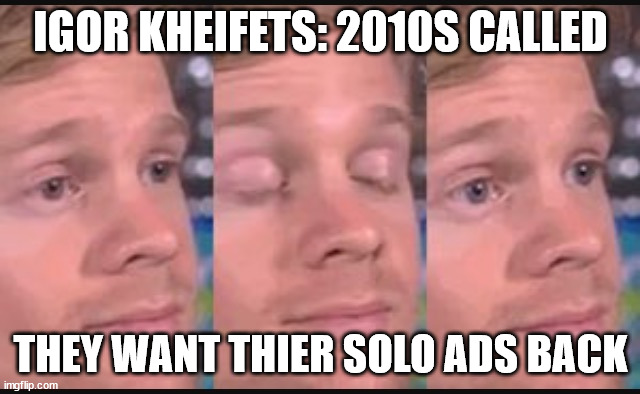 Cheeky! However, a woman actually can admit when she's wrong.

You see, I'm pretty bad at solo ads, or at least I was for like 10 years now.

Solo Ads, which is basically email advertising using someone else's list, have been around since dawn of the internet, or rather email. I'm talking about AOL “You got Mail” times.

While I didn't start my online venture until 2010s, by that time it was one of the most popular ways to make money with affiliate marketing.

I mean, what could be more simple?

That's how I started online, or rather failed to make money online. Why? Because I did what most beginners do:

Now, you can get away with one, or even 2, of the mistakes above and still make money, maybe. However, if you do all 3, there is almost no way you'll be profitable.

Just imagine, you have thousands of people sending the same offer, to  the same page, to the same subscribers over and over again. In fact, some more legit solo ads provider stopped accepting orders that promoted the same offers so many times.

However, that's the promise the gurus sold us on back then. With that said, if you were the 1% of people that did it differently, you made tons of money online during those times.

I, unfortunately, ended up losing more money that I've earned and swore of solo ads forever. In fact, I have not reviewed any solo ads system until now.

Why E-Farming is Different? What Can You Do Better?

So, after over 10 years, what made me try solo ads again?

It was, without a doubt, Igor Kheifets' charm. Just look at that cool cat. No, but honestly, Igor Kheifets seems like a good dude.

However, like I mentioned before, it was Igor's total and unwavering transparency that pushed me over the edge. Well, that and the eFarming 30 days money-back guarantee.

So, what if you could test eFarming for yourself for 30 days risk free?

This would give you the ability to copy what Igor Kheifets is doing and possibly make thousands of dollars per day within the 30 days money-back guarantee.

I mean, that's a pretty fair deal, considering this is not $8,000 coaching like Igor was selling before. Don't you want to test your online skills?

However, you might wonder how can Igor Kheifets offer such a guarantee? It's based on the sheer number of successful students he coached personally or went through his system. Simple as 1+1, it just works.

It's much more important why it works.

Let it work for you as well

So, as I said before, it's important to realize that solo ads is just a method to get traffic. My mistake was thinking it didn't work.

I mean, they clearly worked for some people. The same way people have success with FB ads, Google ads or organic traffic. It simply didn't work for me.

Why? Because I was doing it all wrong. I was trying to push my way into profits without understanding how it works.

Just imagine trying to ride a bike without even a slightest idea how to do it. If you saw people riding a bike, you might have an idea and ride for a few feet, but most of us will fail their first time.

What do I mean by that? Just because I tried solo ads before and failed, didn't mean it was bad. I just needed to learn a proper way of doing it.

And you know what is the best part about solo ads?

It's pretty easy to get started. Like learning to ride a bike, compared to driving a car, a motorcycle or flying a plane. It's the same with solo ads compared to other sources of traffic.

I mean, solo ads you can understand and start making money within 24 hours. On the other hand, something like FB ads or Google ads, can take weeks. Search Engine optimization takes months or years.

So, why did I fail again? I am making myself look bad here, but there is a simple explanation. Despite solo ads being easy, it's important to do it properly.

Like I said before, you need the right offer, sent by a right provider, to the right page. That's it.

Let's dig deep into it.

Or get it now here

So, now that you have the ultimate traffic source and know how to use it, what's next?

You have to pick an offer, and while that sounds simple enough, it's not. Especially if you're new, but even I these days have a hard to finding excellent offers.

It's not because there are few, but because they are buried under a pile of crappy ones. Offers that will not only not get you sales, but ones that will ruin your reputation and relationship with solo providers.

Inside eFarming System by Igor Kheifets you get offers tested by Igor himself and only the ones he made a 6 figured with. Honestly, I would get it just for this, as having an offer that converts vs one that doesn't literary is the different between making 6-figures and nothing.

Now, if you add also the fact that you get a list of tested solo ads providers, this should be an easy decision. I mean, you get the 3 essential things to make money online.

What more can you want? 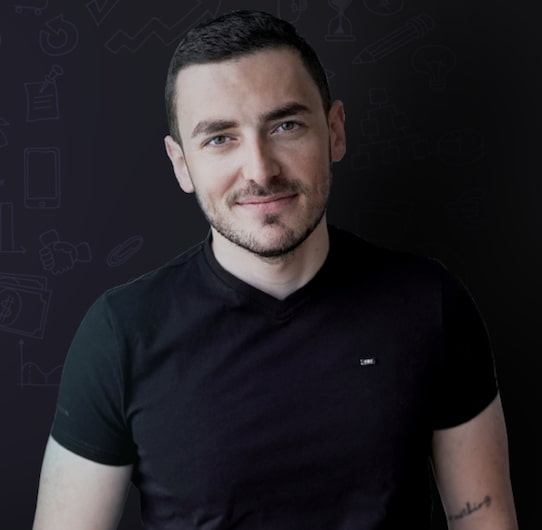 I'll be honest, I have never heard of Igor Kheifets until a few weeks ago when I was introduced to his work by a mutual friend.

Like I said earlier, I was a bit shocked he was using solo ads to do $4+ million per year.

However, my friend claimed Igor was legit as they come. So, after some digging about it and seeing the success people were having with his e-Farming system and other marketers praising him, I just had to check it out.

The System is as Legit as it Comes

Now, I haven't spent a lot of time talking about the eFarming system itself as I think Igor does a great job explaining it. Plus, it's pretty straightforward with the complete model:

However, I rarely get a chance to review a system that can work so quickly and be so profitable within a short period.

At first I was skeptical myself, but after going through it and testing it. The E-Farming System by Igor Kheifets is amazing.

If you're a looking for a simple and fast way to create an online income without the hassle of starting a full-blown online business. Just use E-Farming by Igor and make at least 5 figures by the end of the year.

Click below to get started with the EFarming system or ask me anything below.