Can Mary Morrissey really help you make your dream a reality with DreamBuilder? Check out the review below to find out.

Who is Mary Morrissey and What is DreamBuilder Program? 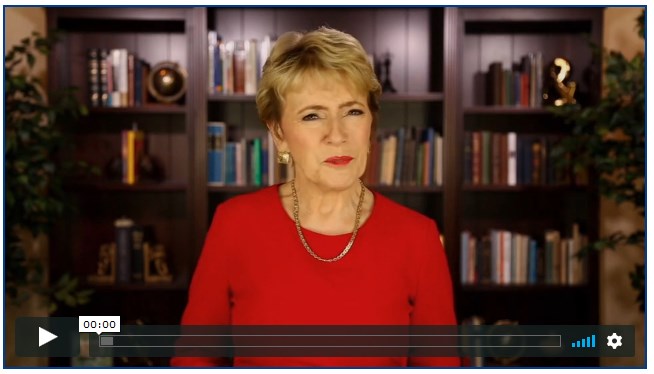 eCommerce is on the rise and with Aidan Booth & Steve Clayton so can you.

Mary Morrissey is the best selling author, public speaker and has been featured in several documentary movies.

However, the key to her success is being an expert on “dream building” which is the art and science of transforming dreams into reality.

That's what the 12-week DreamBuilder program is all about.

Before we dive into it, let's talk about dream building.

“The future belongs to those who believe in the beauty of their dream.”

The above quote by Eleanor Roosevelt is a perfect example of why it is important to pursuit your dreams for yourself, your loved ones, and everyone around the world.

You see, Mary Morrissey is one of the few experts I've had a pleasure to learn from that practices what she teaches.

Thanks to her innovative ways, that Mary has been perfecting for over 40 years, to transform dreams into reality she was able to not only transform her life but thousands of people around the world.

Some of her achievements include:

As you can see above all of these served not only Mary but thousands if not million of people around the world. Your dream can do the same, even if that's not your goal.

What Is Your Dream?

Now I'll be honest, my dreams are far less spectacular than Mary's, at least at the start. The truth is that I only want 3 things in life:

As you can see those are not something as big as Mary's, but from my experience, even small and personal dreams have a huge impact on your live and those around you.

Also, who is to say those simple dreams will not transform into grand ones that will impact the whole world?

Let me give you an example of how my initial dream is starting to turn into something much bigger.

Like I previously said, one of my dreams was always to be financially secured. I don't mean necessarily rich, but not worrying about money as much as my parents did.

I know this stems from that I never had much growing up and was constantly reminded of it by society and, unfortunately, my parents.

However, this is not about my story but rather my dreams. Which was to do something for money that worked with my family and lifestyle.

Following this dream allowed me to start several websites, including this one, where I'm not only able to share my experiences, review products that help me in my pursuits but also impact lives.

Maybe you're reading this right now and are considering investing in yourself to get the dreambuilder program. Maybe it's something I said directly or indirectly that helps you decide.

One thing leads to another, and you start building on your dreams that will impact your life and others.  I guess I can get a little credit for it, right?

How about an example that hits home?

If you're familiar with six degrees of separation, an idea that all living things are everything else in the world are six or fewer steps away from each other.

Basically, that we are all connected by a friend of a friend with less than 6 friends between us. Sounds crazy?

It's not, in fact the original idea was set out by Frigyes Karinthy in 1929, and since then there have been several experiments to test that theory.

What does that have to do with anything?

What's even more intriguing is that it doesn't have to be anyone apart from out own circle.

For example, I'm trying to have the most positive impact on my children as I can. Lead by example and inspire by actions not only words.

Parents often tell their kids what to do and what to not do, which isn't that helpful if the parents do the exact opposite.

In fact, your mood or well being alone can impact the people around in a tremendous way.

A simple thing like being cheerful and pleasant to a neighbor, or clerk at a local shop can brighten their day and make it worth while.

Are you ready to get started? Let's take a peak inside:

The program itself is a 12-week online system that guides you how to align with the indivisible laws of success.  It will allow you to transform any dream, both big and small, into reality with ease and speed.

What's also important to mention you can build on your dreams if you're not only of the people that dream big from the start.

All of this you can find in the online member's are with audio lessons, PDF downloads on how to apply it directly to your life.

You also get 6 live one-hour group coaching calls, private Facebook group, personal concierge that can help you and answer questions and two tickets to the Dream Builder Live event.

So what are you waiting for? Get dreambuilder program today.