The Distortion Money Matrix by Nomi Prins, a former Goldman Sachs executive, uncovers a strategy where you could 10x from a potential $4 trillion market shift that no one is talking about in public.

Distortion Money Matrix: Your Ticket Out in 2022? 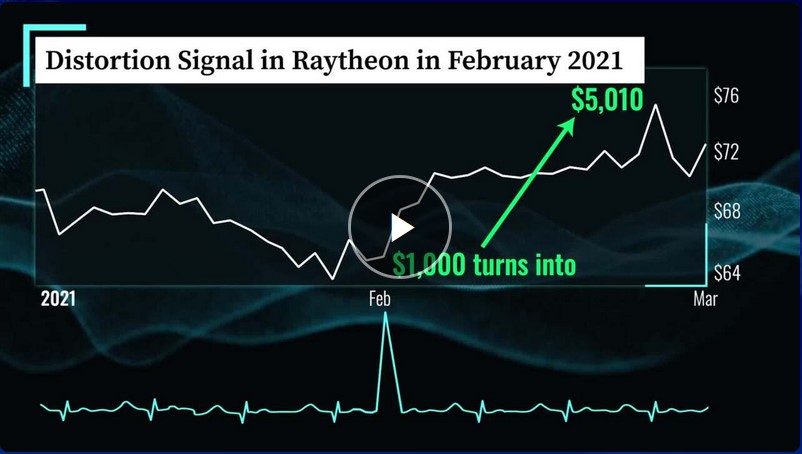 As you already know, the economy is not in a good place right now. Rising interest rates, 40 high inflation, looming recession, and a devastated stock market.

That's not even considering the last 2+ years and possibility of War World III. However, like the idiom says, “one man's lost is another man's gain.” Only in crisis, many lose so a few could win big.

I mean, there is no denying that some of the biggest fortunes were made during the crisis, and it goes back 100 years or so. Just research best trades in history, and you will find lists with 9 out of 10 best trades being during some crisis. Many of which involve short-selling.

That's just a few examples, but do you see a trend here? All of these were made during crisis, in fact, all but the last one were a short play. The beauty of a short plan, in case Distortion Money Matrix buying put options instead of short selling, gets you faster payouts.

As, Nomi Prins points out in many examples, the time to get on the action is right after the distortion signal.  Here's an example of a Caesar play in February 2020. 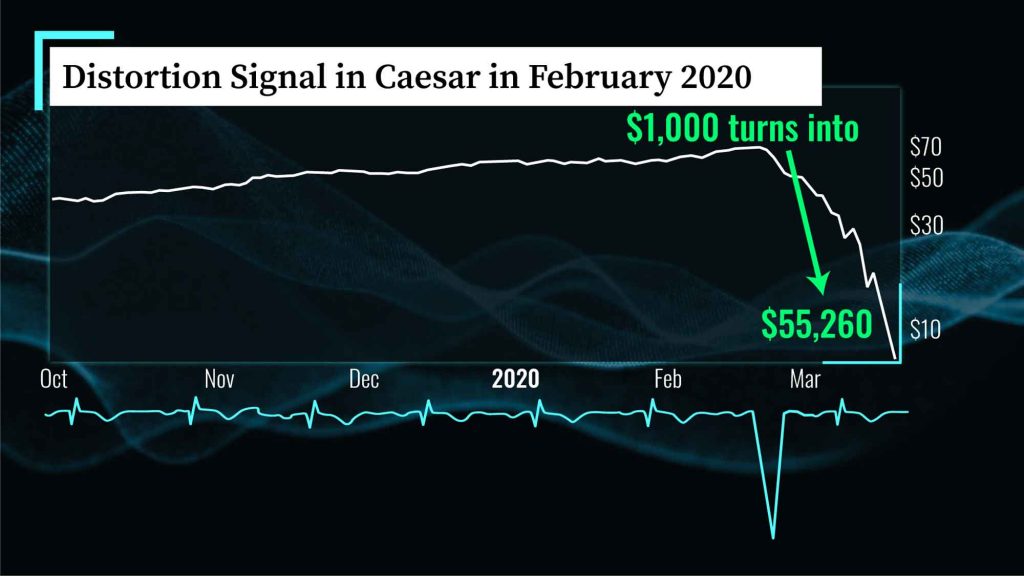 However, Distortion Money Matrix doesn't just profit on things going down. The same can be applied with a distortion signal pointing to a rapid gain. Here's an example of Amazon in April 2020. 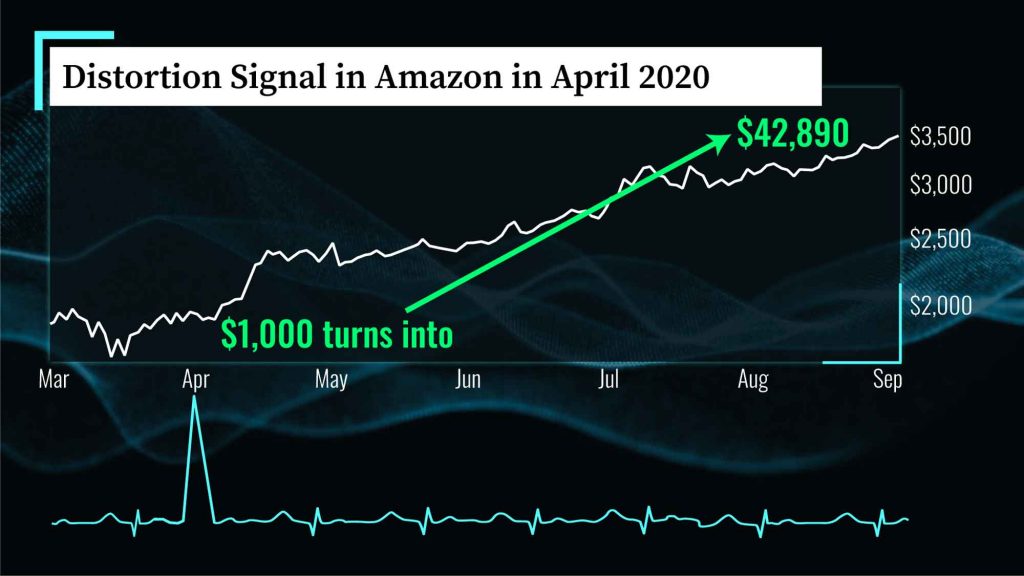 Now, Nomi Prins doesn't claim that each recommendation will yield such results, no one can make that prediction, but as you can see it is possible. In fact, there are many more examples in the Coming $4 Trillion Market Shock presentation.

If you haven't seen the Coming $4 Trillion Market Shock in full, I suggest taking another look as Nomi Prins showcases what's reapply possible with the Distortion Money Matrix system.

Now, you might be thinking that this all seems great, and that 2020 was the year to make big bucks if you had the insight. However, isn't it too late now? Aren't the stimulus money gone?

Let's remember that the US printed 80% of all US dollars in just 2 years, 2020 and 2021. They aren't all gone yet, but what's coming next, most likely in August, could once again see $4 trillion of new wealth go back into the stock market to revive the economy.

However, it's no longer will be the same sectors.


The 2020 was all about tech and entertainment companies. While one was boosted by lockdowns, tech, the other got busted, entertainment.

As you seen, one of the bigger plays a distortion signal predicted was Caesars Entertainment Inc. The price went from $68.12 in February to $8.82 in March.

The interesting part is that the price started falling after February 16th, nearly a month before official lockdowns. In fact, on February 24th Nancy Pelosi was still going around Chinatown, pretending everything is fine.

This is what Nomi Prins has been talking about. Once the news hit the public, it's too late to profit. Hence, why it is vital to act as soon after the distortion signal.

With that said, Nomi Prins believes the next sector to get a major boost is the new energy. Which aligns with what the markets are showing. Bloomberg has noticed it as well, stating: “even with the worst April slump in the S&P since 1970, money keeps pouring into [clean energy] at a seemingly unrelenting pace.”

Which makes sense with the constant push for cleaner and renewable sources of energy. In fact, there are several bills already and tons more in the work that will put a significant amount of money in this sector in years to come.

No wonder Nomi Prins is bullish on this market, and with her track-record it makes sense. Make sure to be one of the first ones to benefits from distortion signals in this sector.

Finally, A Chance To Win 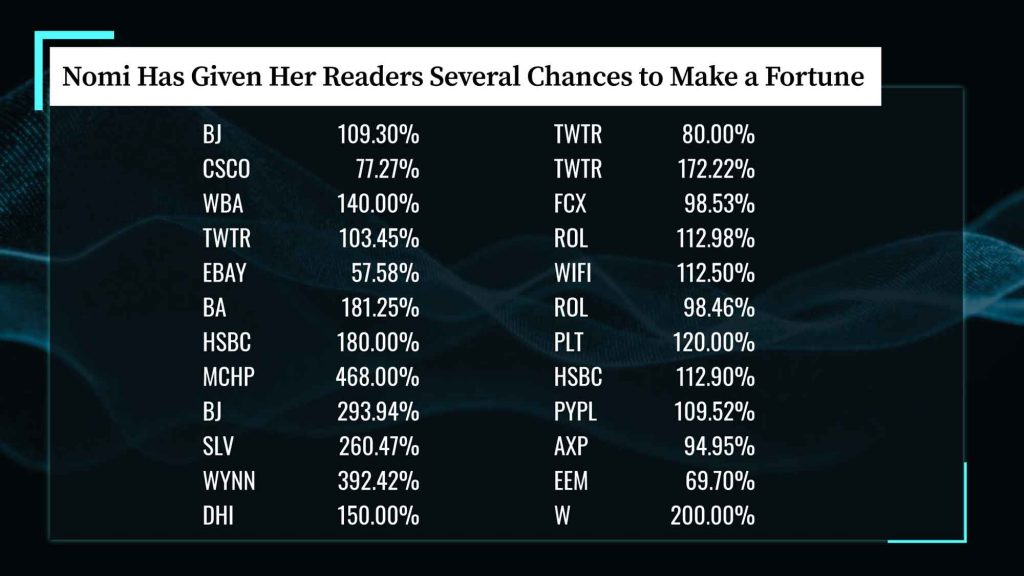 Nomi Prins has got her start in the financial sector in 1987, as an analyst at Chase Manhattan Bank. Soon after that, her skills have been tested by Black Monday crash, when Dow plunged 22% in one day.

During that time Nomi had to navigate 2 more major crisis, Asian crisis in 1997 and the Long-Term Capital Management crisis hit 1998, before leaving Wall Street in 2002. However, even after that, she started to sounding the alarm on warning signs for what became the 2008 financial crisis.

Since then, Nomi Prins wrote seven books, including a bestseller Collusion: How Central Bankers Rigged the World. She's also a regular TV commentator and has appeared on the BBC, CNN, Bloomberg, CNBC, MSNBC, CSPAN, Fox Business, and PBS. As well as a public speaker to a variety of outlets including the Federal Reserve, IMF, World Bank, UK Parliament, Mexican Senate, US Senate, Tokyo Stock Exchange, Google, Colombia University, and the London School of Economics.

As you see, her expertise is well documented and in-demand. However, these days her focus is on helping the Main Street, folks like you and me with her reports and newsletters.

What You Get With Distortion Money Matrix by Nomi Prins? 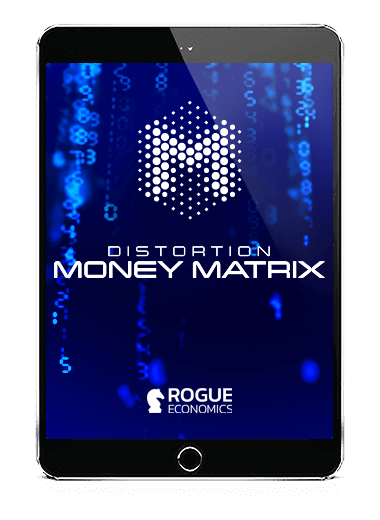 Now, this is a limit time offer and for good reasons, once that $4 trillion starts going into the new energy sector it will be too late. All you will see is the reports of the elite making millions, if not billions.

However, there is still time and if you get Nomi Prins' Distortion Money Matrix before that happens. With it, you will get:

The question you have to ask yourself is can you afford not getting this and all the potential gains that could be rolling in as soon as August?

How much is a missed opportunity that has potential to turn $1,000 into $55,000 or even 42,000 worth to you? Think about that before you decide on the opportunity Nomi Prins is presenting. Also consider the 90-Day Satisfaction Guarante.

So what will it be? To get Distortion Money Matrix, click below now.

Get DMM and Next Chapter of the Great Distortion Report