Is Amazing Selling Machine still valid in 2022? I decided to test the best-selling Amazon course for the first time and here's my review of it.

Need ASM EVO now? Click Here to get it

Why Amazing Selling Machine Evolution in 2022?

If you been in the eCommerce space or even general online marketing you know that Amazon's FBA business model has been one of the most profitable ways to do eCommerce for over 10 years now.

However, you also might also have heard that the golden years of FBA (Fulfilled by Amazon) have passed. Which in my opinion is half true because while doing FBA was simple and super-profitable in 2010 with years it became over-saturated with cheap products.

It's like with every online or eCommerce strategy once too many people jump on the opportunity it becomes harder and harder for everyone to make money. Is this still the case?

First of all, from my research and talking to other FBA users that is partially true true. You see, if you follow other Amazon courses, that are outdated and never updated on the matter you will find yourself saying agreeing. However, the Amazing Selling Machine seems to be different.

Many of their users have been making a steady income with Amazon for the past 5+ years. In fact, here's a disclaimer:

These member’s results may not be typical. ASM members joining between 2013-2016 who completed the program and launched a new brand had median annual revenue of $60,750.00.

Now, that might not sound like a lot to some but you have to remember that's a median. You have people in there that barely do anything and still make money and you have 6-figure earners as well. Which one will you be?

You see, that's why ASM gets updated roughly every half a year to keep up with Amazon changes and ways to maximize profits.

In fact, Amazing Selling Machine is the 13th version of the popular system that's been making money for third-party sellers since 2013. Don't worry once you get ASM course you get upgraded each time it releases at no cost, even if the price is higher.

Okay, but the question is if you start with ASM today, in 2022, will it work?

The simple answer is YES because of 3 reasons:

Why Selling with Amazon is Worth It With Amazing Selling Machine?

Let's expand on the above reasons a little. You see, the online world is constantly changing, and selling on Amazon is no different. A few tweaks and upgrades make a big difference and ASM creators, as well as the community behind it, are always a step ahead.

Let's not downplay this as Amazing Selling Machine has, from what I could gather, made the most Amazon millionaires or even people profitable with it out of all other Amazon FBA courses out there. That's saying something for a course that has been going strong for 8 years.

It is what makes Amazon ASM the best-selling course online. However, it is bigger than that. Just imagine having some of the most successful Amazon third-party sellers all in one place? In my opinion, the community is worth the price of the course itself.

Now if you combine it with a guarantee that ASM will make you money or they will buyback of your business (including expenses) if it doesn't work for you takes it to another level.

Of course, you need to follow the training to qualify as you can't simply do what you want and except for them to pay it, but what do you have to lose? If you really want to get an Amazon business going then this is the risk-free way to do it. No other Amazon course does that to my knowledge.

So why did it take me so many years to get Amazing Selling Machine?

My Selling on Amazon Business Story

I'll keep this brief but in my 9 years of online marketing, I've only tried an Amazon business 3 times. Once selling Sirachi hot sauces, when they were still not widely available, second time selling t-shirt and third following a system that no longer exists.

The first two times weren't that bad but because I didn't follow any system and thought I could do it all myself I failed to be profitable. You see, Amazon has its own rules and if you just put a product on and hope for the best, the results will reflect that.

The third time I was using a system that's no longer on sales, even the domain is down, which ended up being a big scam. I guess that's what you get for following an unproven system.

With these unsuccessful attempts, Amazon competition, and my other thriving businesses in affiliate and eCommerce marketing I simply didn't have the time or will to give Amazon another try.

Until now, you see with the releases of Amazing Selling Machine Evolution and recent Amazon FBA changes I knew it was the perfect time to get started. In fact, if you didn't do FBA before 2015 this is probably the best time to get started since then.

What Makes Amazon Business Worth It Again? 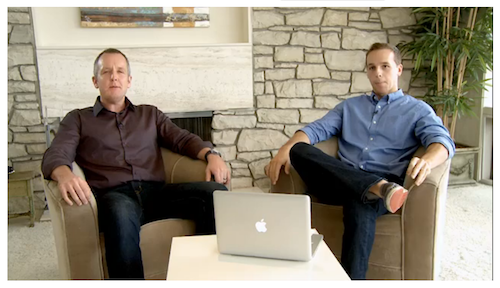 So, I've talked about the first two reasons extensively but what are the changes that made selling on Amazon worth it again?

One of the major difference on Amazon for the past year or so has been the removal/banning of low quality products or counterfeit. Even if you don't sell on Amazon and just buy stuff on there, like I've been doing since it existed, you most likely noticed the flood of cheap products in the last few years.

Now, I'm not talking about some trinkets made in chine for a few dollars, but what seems like a legit and well reviewed product that ends up being total crap. If that wans't enough it seems like 20 people are selling the same exact product under a different name or brand.

Well, Amazon has taken charge of it and seems like it's working. Not only have they been combating fake reviews but removing low quality/duplicate products in major categories. Are they 100% gone? Not yet, but Amazon is moving in the right direction and it will be a matter of time before they are all gone.

Now, this has been a major problem for both buyers and sellers as buyers get inferior products and legit seller don't get a chance to sell theirs. Many of these duplicate products are just copies of the original, down to copied images themselves.

That's a major step in the right direction and thanks to it 90% of your competition will be gone as the result of it. A win-win situation in my book.

So, let' take a look what Amazing.com is doing right.

Now let's take a look what you get with ASM EVO

I really enjoy how 3 out of 6 parts are web classes, tools, and other resources. The other 3 are community or group-based learning.

This way you can research and launch your business into 7 or 8-figures per year using the first 3 parts. The other 3 will let you scale and take it to the next level.

The interesting part is that you don't need to be there for the live coaching calls. However, watch the replays to the new and unique strategies. You also have access to mentors and other ASM users 24 hours a day.

We already know that 55% of all US shoppers start their search on Amazon. How about the rest 45%?

Most of, 34%, of them start with a search engines like Google or Bing. How about you? If you're in the US what percentage you start with?

I would say for me it 50/50. Half of the times I go straight to Amazon the other Google, but I usually end up at Amazon anyway. This is because Amazon.com is an authority site that Google and other engines trust. .

That's why as my bonus I'll help you get first page ranking for 10 of your products! That's right you get 55% of Amazon traffic with ASM and 34% with my bonus at the best case scenario. That's 89% of all traffic for your product.

Are You Going To Be Part of Amazing.com?

By now you know what's up and how ASM has changed not only my life but hundreds of other students if not thousands. Are you ready to become part of the team?

Click Here to get an Amazing Selling Machine now